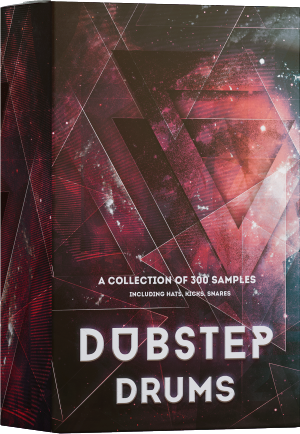 The pack is inspired by popular Dubstep artists such as Nero, Skrillex, Knife Pavillion, Zomboy and Virtual Riot.

This powerful and versatile sample pack of 300 Dubstep samples (160MB) was recorded in 48kHz / 24 bit, and contains a huge range of samples that are perfect for producing all styles of trance music from Classic Dubstep to every subgenre like Brostep and Filthstep.

The pack contains heavy hitting Dubstep samples ranging from heavy kicks and nasty snares to violent FX pand huge melodies...if you're looking for heavyweight Dubstep sounds, this pack is full of them!

Dubstep Drums will take your productions to the next level!