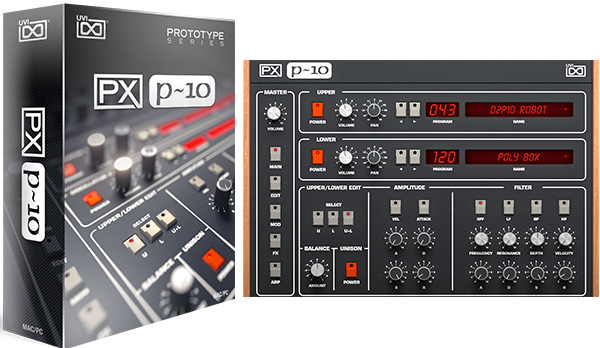 Nov 30 2021 | 8.20 GB
By far one of the sweetest sounding and most influential analog synths we've had the privilege to work with, an iconic and powerful instrument whose lineage helped shape the sound of music and music for film throughout the '80s and beyond. Developed as the first fully-programmable polyphonic synthesizer with preset storage, this version 10 was the original prototype of what would become the mythical version 5, debuting in 1978 and revolutionizing the synthesizer world. It was only 3 years later, in 1981, that the more complex version 10 would see commercial release.

Essentially two version 5 synths rolled into one dual-keybed monster synthesizer, version 10 sported 2 oscillators, a white noise source, and a resonant low-pass filter per-voice. Depending on mode it could function as two discrete 5-voice keyboards, a single 10-voice keyboard, a single 5-voice 4-VCO "doubled" mode allowing sweet stacked unison sounds, or an alternate mode where subsequent notes would switch between the settings of the two 5-voice keyboards.

Few of these giants were produced, and due to their sheer size and complexity very few remain. A truly iconic instrument from aesthetics and features to sound quality, this synth is a gem with a timeless sound and lasting legacy.

Given the history of this renowned series and particular gravity of this version 10 we spared no expense in the creation of PX P10. The refurbishment was the most difficult and time consuming we've undertaken, but resulted in a perfectly functional instrument with a gorgeous sound that translates directly through to the final presets.

From vintage-styled to contemporary, we designed a huge selection of sounds capturing vibes from '80s classics, modern genre, soundtracks and more. Everything was extensively multisampled including the raw waveforms both with and without unison allowing you to enable genuine hardware 4-VCO stacking on any sound in the library - and unlike the hardware, these can all be played polyphonically, limited only by your computer.