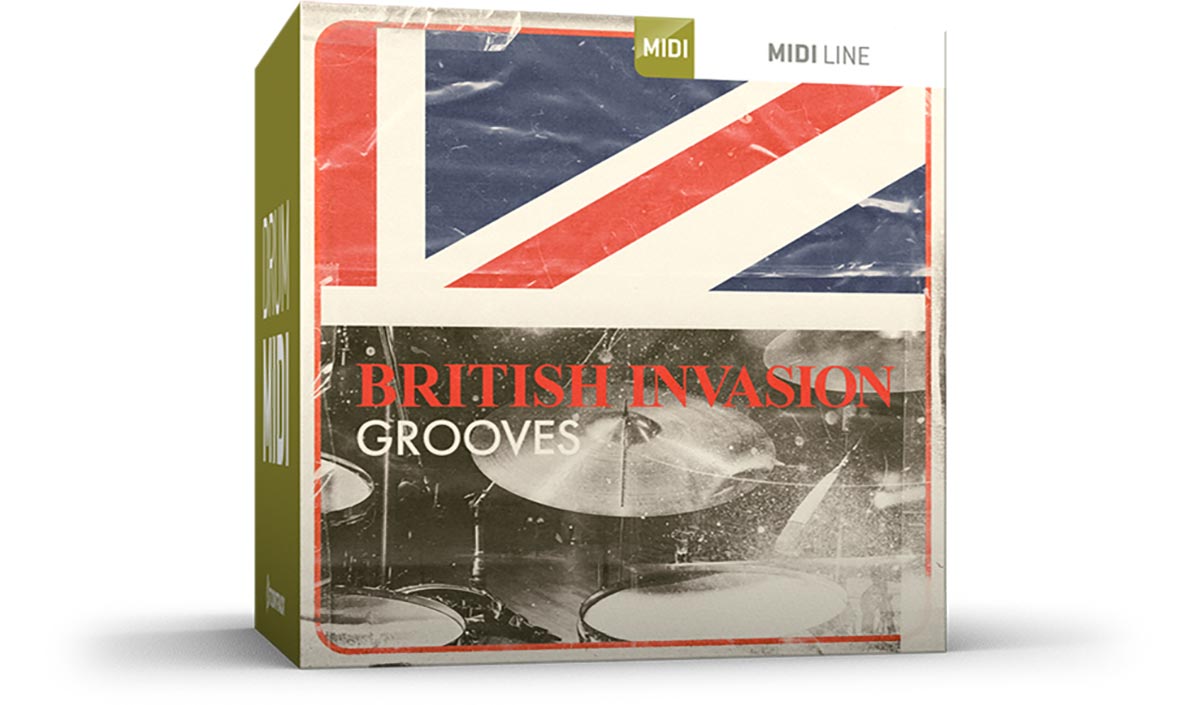 15 Oct 2020 | 2.6MB
THE BRITISH ARE COMING!
Drum MIDI inspired by the bands and drummers of the ‘British Invasion’ era.

When the artists of the ‘British Invasion’ started its snowballing procession across the world in the early sixties, they did so as bands. There was rarely just one star – vocal duties were shared, frontman personas changed and suddenly fans could go wild over a group as opposed to just a person. Especially the drummers, no longer tucked away in some dark corner of a dimly lit stage, got their long overdue fame bills paid in full. Just look at Keith Moon, Mick Avory, Ringo Starr or Charlie Watts – all immediate icons in blinding center stage lights.

This collection of drum MIDI is an homage to the drummers and their grooves, the songs and the bands that forever changed the face of popular culture. Expect steady, rocking and popping beats and all the wild fills to go with them. Then like now, a great groove was the bedrock of any song. Start making some music!

FEATURE SPOTLIGHT
Drum grooves and fills inspired by pop and rock from the ‘British Invasion’ era
Organized in a song structure format (intro, verse, pre-chorus, chorus, bridge and fills)
3/4, 4/4 and 6/8 in straight and/or swing with tempos ranging from 87 BPM to 146 BPM
Performed by session drummer Darby Todd (The Darkness, Jethro Tull and many more)