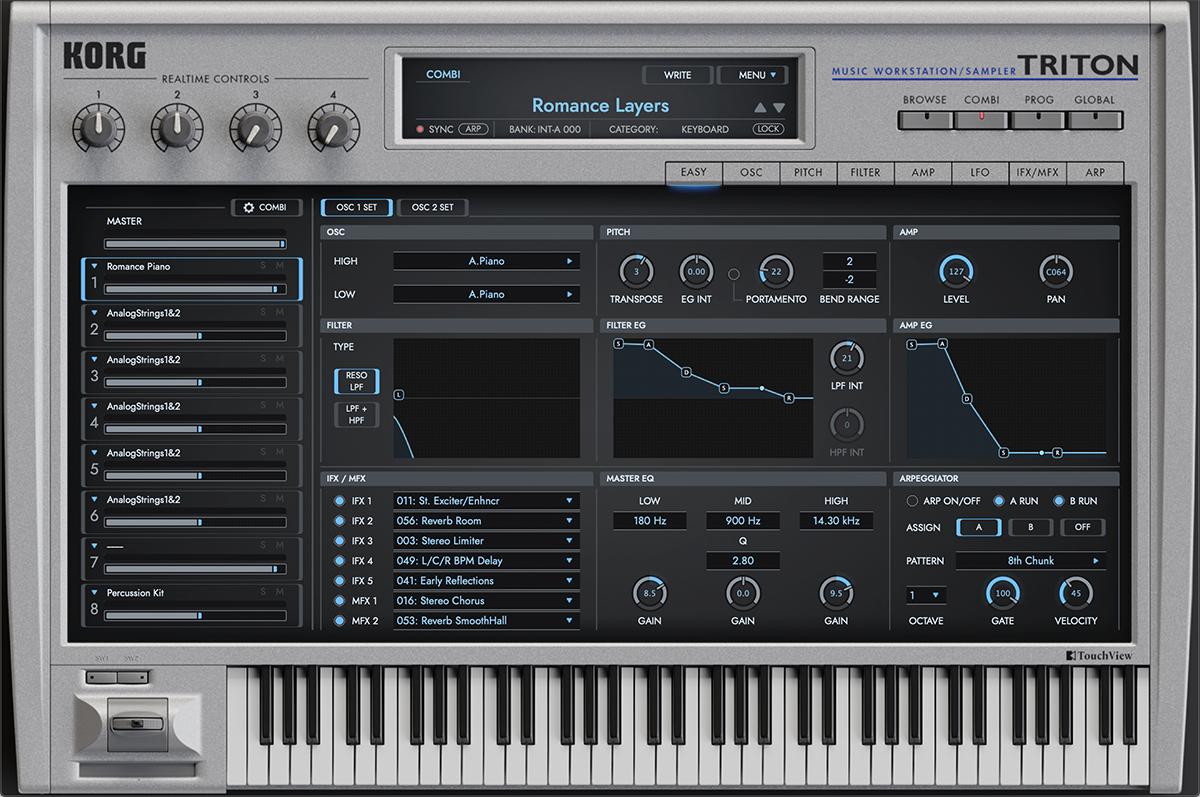 Feb 14 2020 | 262 MB
The last masterpiece of the 20th Century, revived after 20 years.
A perfect reproduction of the TRITON workstation in software.

The KORG TRITON series of synthesizer workstations was first released in 1999 to accolades and prestigious awards. Top musicians around the world loved the expressive PCM sound and used their TRITONs on countless songs.

This year, on the 20th anniversary of its release, the KORG TRITON will finally be realized in software as the KORG Collection TRITON. The plug-in faithfully reproduces the HI (Hyper Integrated) synthesis system down to the smallest details and contains every one of the vast number of preset programs. Reclaim the true masterpiece sound that characterizes so many hit songs.