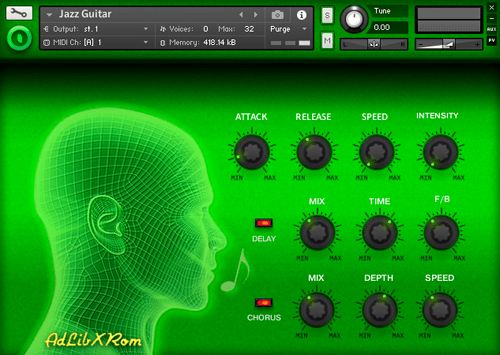 March 06 2017 | 393 MB
AdLibXRom is a plugin instrument featuring the sound of the AdLib Music Synthesizer Card. Famous in the early nineties for being widely used in PC Windows based computers, the AdLib soundcard had a synthesis chip build by Yamaha. This chip was the YM3812, a FM and additive synthesizer which had up to 9 channels of digitally produced sound