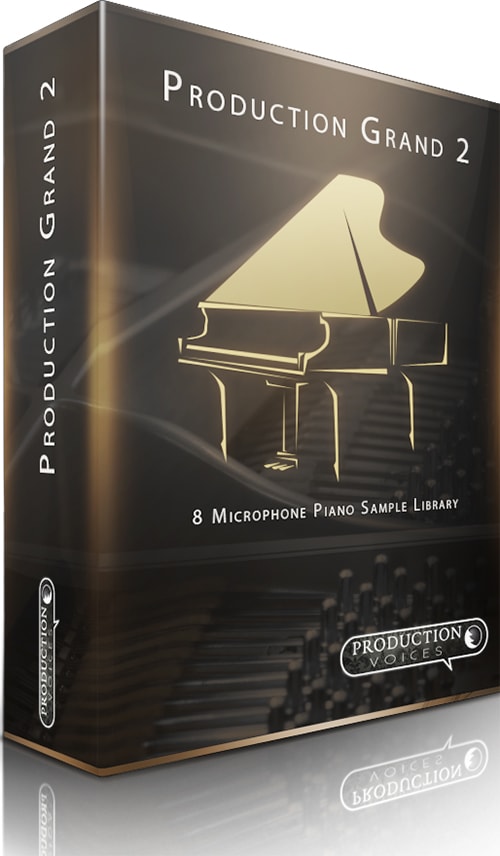 Sept 06 2017 | 114 GB
Production Grand 2 is an exceptionally high-quality piano sample library for NI Kontakt 5.6 and above, consisting of eight microphone perspectives and over 120,000 samples of a Yamaha C7 grand piano recorded in a world-class recording studio. The library is 437.5 GB in size*!

END_OF_DOCUMENT_TOKEN_TO_BE_REPLACED 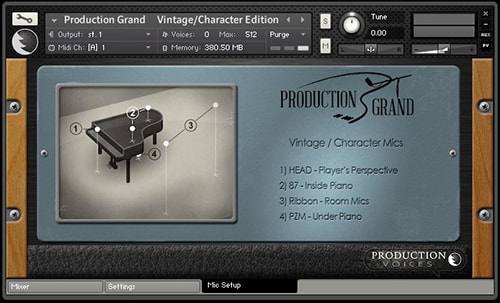 March 08 2017 | 110 GB
Production Grand is a sampled Yamaha C7 studio grand piano with EIGHT microphone perspectives recorded through premium studio microphones and microphone preamps such as API and Neve. We recorded the sampling session at 24 bit 96 kHz through a Burl Mothership A/D converter for a richness that is exceptional! You will hear the attention to sonic excellence the moment you play Production Grand. Production Grand comes in three versions at different sample rates and bit rates to suit the situation or system it is played back on. With the extensive number of samples and high sample rate, Production Grand is a versatile piano sample library that is sure to meet the needs of modern performers and producers and will only become more indispensable as solid state technologies become more prevalent.

END_OF_DOCUMENT_TOKEN_TO_BE_REPLACED 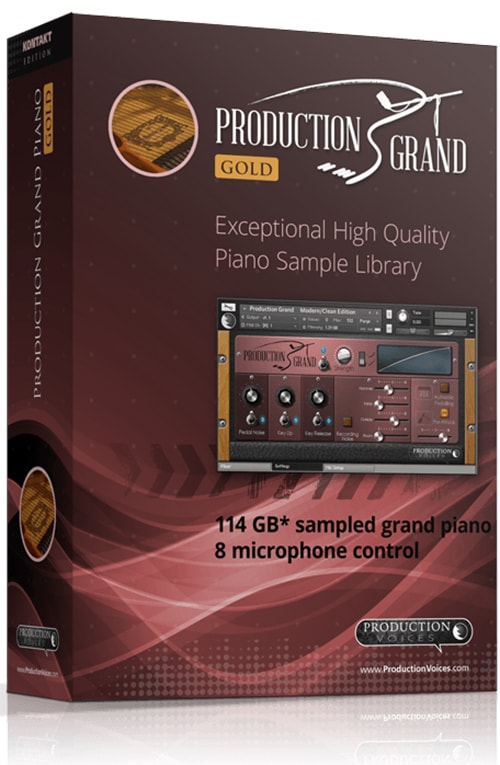 2. Hammer Microphones: I’m a big fan of hammer microphones. With the hammers recorded you will get plenty of attack and a more aggressive sound.

3. & 4. Inside Microphones: This is the sound most people associate with piano recordings. We decided on two sets of inside piano microphones: vintage Neumann U87s (they say West Germany on them!) and the modern Rode NT2As. This gives the player the ability to get that classic piano sound or the modern wider-range sound or both!

5. Outside Microphones: Just outside the piano we used really expensive Neumann M149 modern tube microphones. The engineer called these the “Golden Sound” microphones. This microphone pair has a classy sound and a more balanced tone than the inside and hammer microphones.

6. & 7. Room Microphones: In an attempt to give you modern and classic choices, we used Coles ribbon microphones and AKG C414s on the rooms. The ribbons sound like… ribbons… smooth and velvety! Ribbons take EQ well; another reason to include them. The AKGs sound true to the piano’s tone in the room.

8. Under Piano Microphone: Underneath the middle of the piano we used a PZM (pressure zone) microphone to give a clear centre image to the sound. 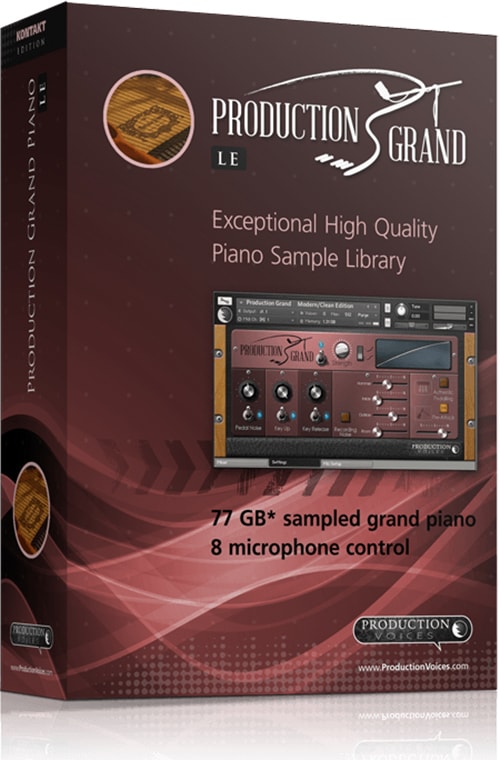